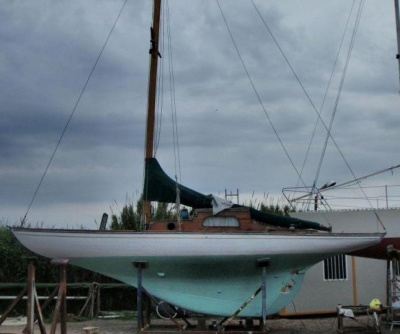 ALBELIMAR II is a 6 meter International designed tonnage built by engineer Pietro Baglietto in 1946 of 9.95 m overall length.
Your first owner, a Swiss harp manufacturer, gave him the name LOKI. During the course of his life a small deckhouse and a motor were added. He was based for many years on the Côte d’Azur and in Liguria in Santa Margherita, during which time he changed ownership a couple of times
The subsequent exit of the 5.5 MSI before and then the soling, led other yachtsmen to decide to adopt the same change on similar boats, including another Baglietto called Bau Bau, however now reported to its original shape.
Unfortunately the vicissitudes of the war, the flames and the long inactivity of the Baglietto shipyard, changed hands several times over the years, have dilapidated its historical archive, remains a “hole” for the drawings of the boats produced in the post-war period that probably will not be never filled.
ALBELIMAR II ex Loki arrives at the Tecnomar site of Fiumara Grande in Fiumicino, one morning in August 1996 and since then the restoration work has started. Following a search in Liguria to Varazze, and in Romagna it was acquired information and part of the plans of the boat. Unfortunately, neglect and a long neglect had made the boat structurally inadequate and aesthetically unacceptable. The keel has been totally replaced with the aft stalk, also the workers of the shipyard led by the master carpenter Giorgio Rossi have taken care of the reconstruction of some steel floors, replaced all the boards of the live structure that involved the replacement of the keel, the teak bridge has been redone, the skies of the deckhouse interposing a layer of marine plywood taking care of the proportion of the staves of the bridge and making sure that there were fewer joints on the deck. The original interior has been restored including a hand-made washbasin from a copper plate, the systems redone, and hidden as much as possible in order not to have a “technological” impact with the internal environment, has also been installed a refrigerator, he too was hidden. 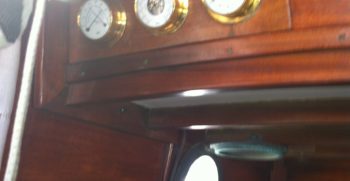 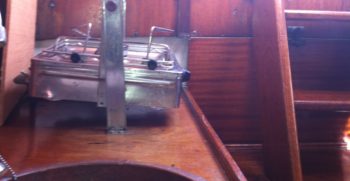 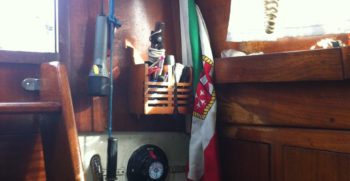 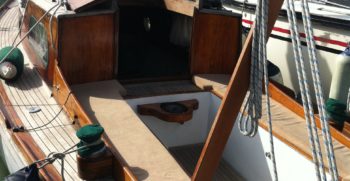 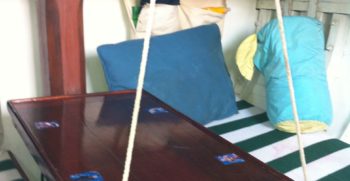